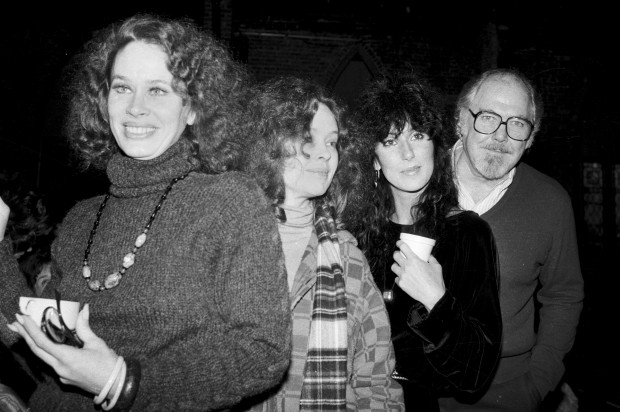 Black, left with Come Back to the Five and Dime, Jimmy Dean, Jimmy Dean co-stars Sandy Dennis and Cher, and their director Robert Altman

An original. She was an actress whose best roles came in film’s last golden age (the 70s), a cross-eyed wildling embued with sex appeal and a fierce intelligence, no surprise for someone who entered college at the age of 15.  Retrospective: Five Easy Pieces (winning an Oscar nomination as well as the Golden Globe and  New York Film Critics Best Supporting Actress prize), Airport 1975 (a hoot as the stewardess flying the plane), Day of the Locust, Nashville (yup, she sang too), Trilogy of Terror (a TV film, and her tour-de-force) and as Myrtle the mistress, the best thing in 1974’s The Great Gatsby.  Don’t miss tomorrow’s Times, where there’s sure to be a deserving obit.  Til then check out one of her last interviews here and the Hollywood Reporter obit here. RIP, and thanks.