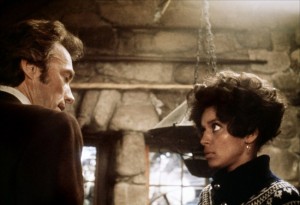 I’m a memoirist; in my mind’s eye the past is a series of boxes filled with people, events and places that time recasts over and over.  Depending on shifts of perspective and mood, the land of what-used-to-be can emerge in ways that can baffle, annoy or overwhelm.  In Cincinnati, the city of my birth, my memories war with inevitable change; this weekend I’m visiting to reconnect with family and friends, and I feel those boxes rubbing.  The friction isn’t pretty.  Out for a stroll my first night, someone tossed a coke at me from a moving car.  Maybe they don’t like white polo shirts here; maybe they’re offended by linen pants, or anything that stinks of the foreign (sorry, can’t make that homeboy pants-around-the-ankles look work for me).  It reminded me why I was so anxious to leave and made me homesick—for NYC’s live-and-let-live bonhomie, for my current life, my partner and friends, and a world that’s oddly easier to make sense of.  When you’re in the thick of your past, sometimes there’s no perspective that’s useful, especially when that thickness muddies the distance between who you were and who you are.  This weekend feels like too much; I want to feel grounded again.

The facts: my grandniece is adorable, my family retains its mass of contradictions and dysfunction and the playgrounds of my youth no longer exist, victim to the same kind of encroachments of real estate and industrial growth (hospitals are an industry here, as big as Procter and Gamble) I see happening in NYC, where Columbia lays siege in the name of eminent domain.  Because of it my mother will have to vacate her house in 2012; her plans, as is her way, are vague, as she is a woman fiercely protective not only of her children, but her own intentions.  We await her bidding.

In the rush to prepare for the trip (I plan to be an effortless traveler in my next life—it’s not happening in this) I barely paused to acknowledge a bit of sadness.  A friend’s email alerted me to the death of Vonetta McGee (The Eiger Sanction, Blacula, The Kremlin Letter, To Sleep With Anger), a lovely actress who peaked in the 70s, part of an emergence of black performers that came to prominence when blaxploitation films (Across 110th Street, Shaft, The Mack) were the rage.  Her talent matched that of Rosalind Cash, Teresa Graves, Diana Sands and a few others whose names we wouldn’t have known if mainstream Hollywood had had a say.  After Lena Horne and Sammy Davis Jr., they were part of a new wave of performers who made blacks feel visible, or at least represented after the 60s died.  R.I.P., and condolences to her husband, actor Carl Lumbly (Alias).

Above, McGee with Clint Eastwood in The Eiger Sanction.