Art, Film, My back pages 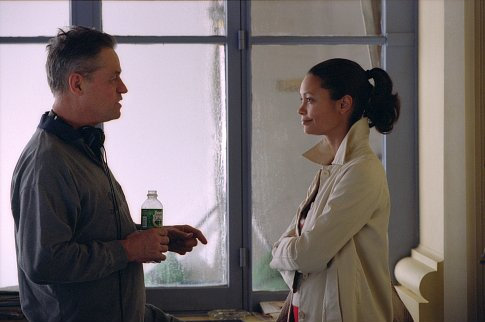 A few hours or so spent in the company of a great film is akin to falling in love. A spell is cast; like a lover, the images on screen evoke a flipbook of feelings. That was what it was like to experience a Jonathan Demme film. I won’t soon forget the unbeatable elation I felt during an afternoon matinee of Stop Making Sense. The downright queasy journey that was The Silence of the Lambs. The renewed sense of desolation (in an Upper West Side theater filled with people)  that overcame me after a screening of Philadelphia, which opened only months after the death of my ex-spouse and friend from AIDS.

I’ll bet anyone of us could do the same. Isolate a moment in time; no doubt there lurked one of Demme’s works that colored the landscape with its humane sense of lives lived, often with a quirky humor that landed like a kick in the head. Hearing of his death made me sad. Time for some re-viewings, I thought, my inevitable response when the greats go. Let’s all have our own private film festivals of his works—I can think of no greater tribute, or treat. RIP, and thanks.

Above, Demme and Thandie Newton filming The Truth About Charlie (2002)